What are “Crummy Buttons”?

The first five people to correctly answer this question will receive an autographed pair of my gatkes. Mom has promised not to play so your odds of winning go up dramatically. She in fact has had me sign a pair every year since I could hold a crayon in my hand. Tomorrows quiz of the day will be, “What are the latkes doing in my gatkes?” Good luck everyone!!!!

Answer: Crummy Buttons are… “the candy that looks like a button and tastes like a crumb cake” 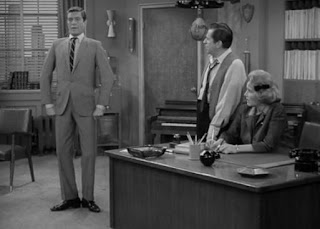 Richie gives Rob an idea for a great comedy skit — but neglects to tell him he saw it on “The Uncle Spunky Show”.

Food note: Uncle Spunky’s sponsor is Crummy Buttons — “the candy that looks like a button and tastes like a crumb cake”. The universal response of anyone who is offered Crummy Buttons is: “Bleaaghh”.
Mary Tyler Moore
Mary Tyler Moore starred on the Dick Van Dyke Show. She advanced many great humanitarian concerns… Here Mary as a fur protestor expresses, “Do you know how many poor animals they had to kill to make that coat???

Hold on… I think I got that one backwards. Switch.

6,612 Replies to “Quiz of the Day: What are “Crummy Buttons”? and What were Mary Tyler Moore’s humanitarian efforts?”